Procrastination? Has the government been wasting time

Free Up Friday! The people share their thoughts to an open mic

Jeannie Mai: 'Dark Meat On The Side. White Keeps Me Mean And Lean!' 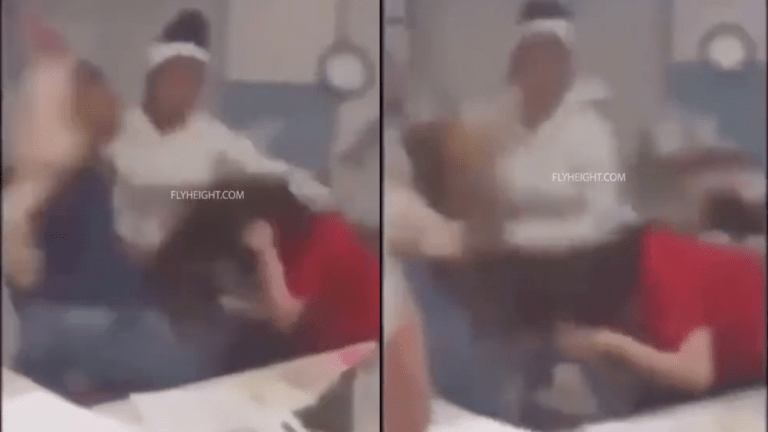 A disturbing video is going viral from out of Jacksonville Florida. According to social media reports, the video shows two middle school girls “jumping” their teacher.

Here is the video link

The video shows two girls violently beating a woman – whom is believed to be their teacher. The graphic video surfaced on social media on Friday, and quickly spread like wildfire. Now it’s one of the most viral videos in the world.

The girls – clearly minors – are seen grabbing the purported teacher by the hair and beating her. The “teacher” is seen covering up, and trying to shield her face from the punches.

Unfortunately none of the other students in the class stepped in to try and break up the fight. But it appears that multiple students pulled out their phones to record the carnage.

It’s not clear what punishment the two girls received, or whether the police were called about this incident.

Networks reached out to the Jacksonville, Florida police department to ask about the video and received no response.

Free Up Friday! The people share their thoughts to an open mic

Jeannie Mai: ‘Dark Meat On The Side. White Keeps Me Mean And Lean!’