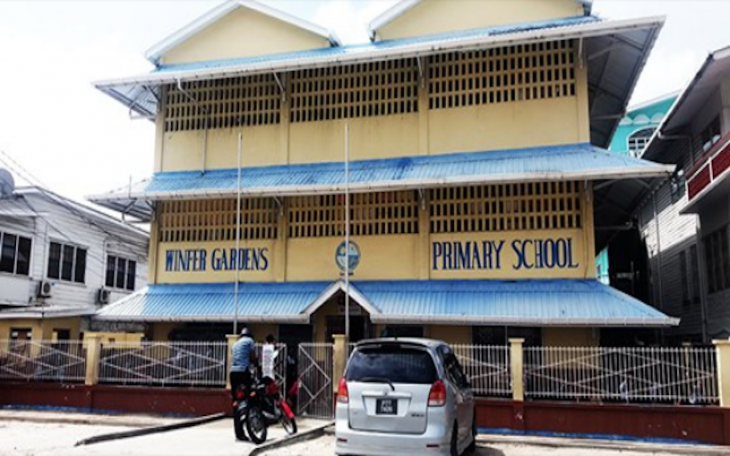 GEORGETOWN – A Grade One teacher attached to the Winfer Gardens Primary School is now nursing injuries after she was attacked and beaten on Wednesday morning in her classroom by a parent.

Based on information received, the teacher, Yolanda Jackson, was visited by the parent within the confines of the school to address an issue concerning her child who was reportedly beaten by the said teacher.

An eyewitness indicated that a verbal confrontation ensued between the teacher and the woman, whose child is a pupil in her class. This, however, led to a physical attack in the presence of other pupils.

Other teachers and students who witnessed the incident detailed that Jackson was “dragged onto the floor”, “kicked”, “punched” and “slammed” by the lone parent and the entire confrontation lasted several minutes.

While the injuries were not critical, Jackson was bleeding from the head with “cuts and bruises” about her body. A video made just after the attack captured one of the students explaining, “She beat teacher Jackson and her head was bleeding”.

A few hours after, a report was filed with the Police as the Education Ministry was also made aware of the matter at hand.

When Guyana Times visited the school later in the day, the Head-Teacher could not comment on the matter, stating that they were not given clearance from the Ministry to divulge the details.

However, teachers stood in disbelief, and seemingly concerned, about their colleague.

While the motive was not clearly determined, it is alleged that the child was recently beaten severely at the hands of the teacher. Photos surfacing on social media showed the five-year-old’s swollen fingers and marks across the upper arm.

Nevertheless, educators at the institution clearly expressed that “violence is not the answer”.

In the past year, there have been violent attacks involving students, teachers and now, parents. Last December, a school teacher had to seek medical attention after she was attacked and beaten by a student of the Number 8 Secondary School on the West Coast of Berbice.

The injured woman, Gangadin Sebarat-Isaacs, acting Head Teacher of the Number Five Primary School, was reportedly heading home when the incident occurred. She was punched to the face several times, resulting in swelling and other injuries.

Meanwhile, another fifth form student of the Number 8 Secondary School had previously attacked a teacher. That teacher had Aaround the school compound before two male teachers came to her rescue.

While teachers are being attacked, several students within the past two months have come forward about violence at their schools – an institution which is supposed to be considered a safe place.

Most recently, six-year-old Fawaz Asgar was left traumatised after a fellow schoolmate slashed his hand with a broken glass bottle at the Mon Repos Primary School, East Coast Demerara (ECD) on November 13.

Just a few days prior, eight-year-old Richard Boodram was reportedly beaten by five of his classmates, also at the Mon Repos Primary School.

The child was reportedly struck to his head with a bottle and a piece of wood and had to be hospitalised for several days.

In October 2019, a female student attached to a school in Berbice was badly beaten and her hijab ripped off by other students.

In March 2019, a student attached to the New Amsterdam Technical Institute (NATI), also in Berbice, was viciously attacked by a group of other students, who were beating him with a belt. (Guyana Times) 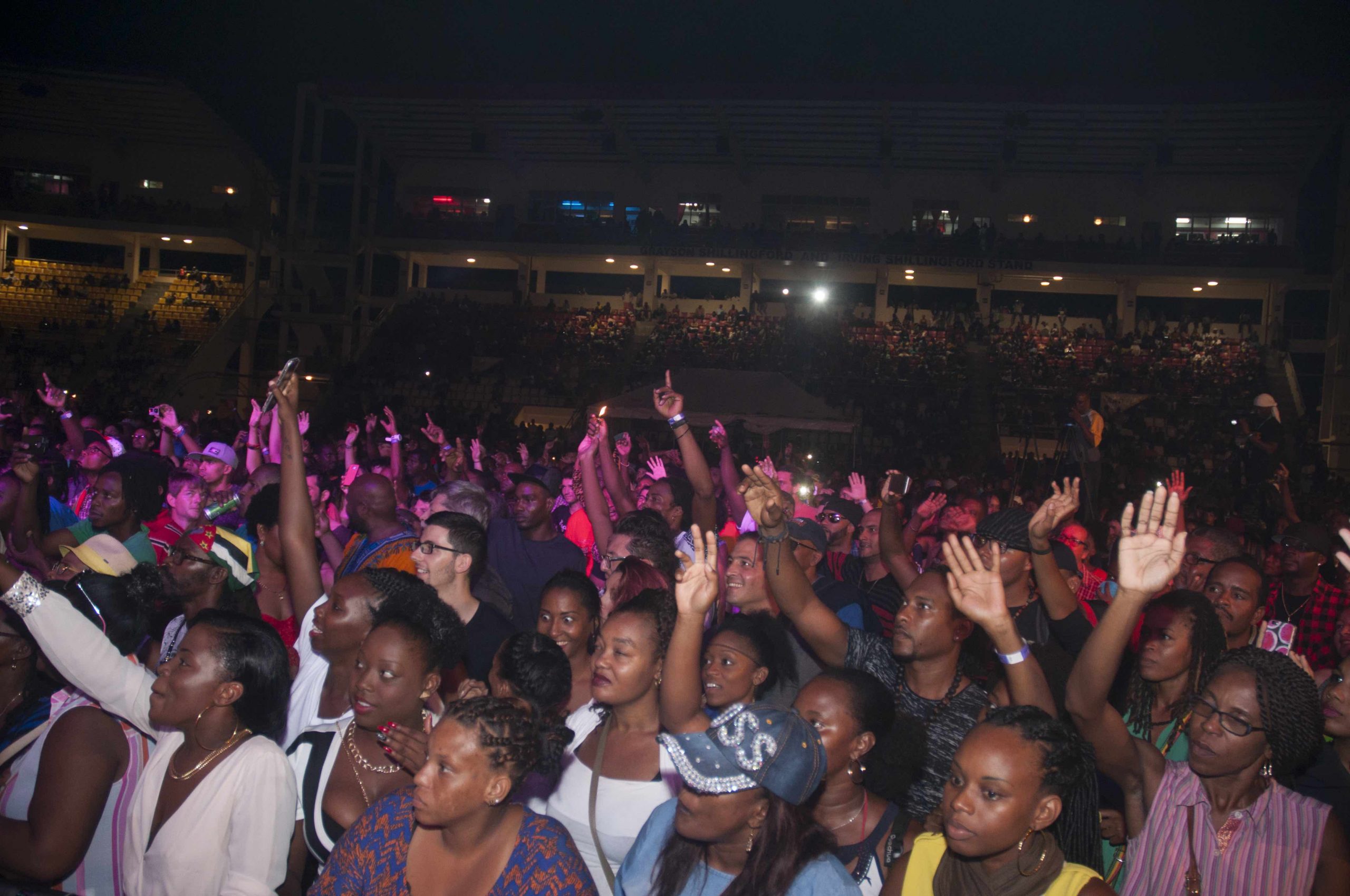 Roseau, Dominica – (September 9, 2020) The Ministry of Tourism, International Transport and Maritime Initiatives, through the Discover Dominica Authority (DDA) has been monitoring the situation across the globe in relation to the spread of COVID-19.

The Minister for Tourism, International Transport and Maritime Initiatives, the Honourable Denise Charles, during an interview on August 28, 2020 officially announced the cancellation of the event stating “We would have loved to have the World Creole Music Festival, but as you know these are challenging times and the health and safety of our citizens is priority and, as a result, the government has taken the responsible decision to cancel the World Creole Music Festival for 2020.” Miss Charles also reminded patrons of the importance of the established protocols for COVID-19, “We have to adhere to the protocols, as a government, we cannot encourage mass gathering activities until things are under control,” the Honorable Minister asserted.

The decision to cancel the World Creole Music Festival was extremely comprehensive. The Dominica Festivals Committee engaged in thorough consultation with members of the Dominica Festivals Committee and approximately forty diverse stakeholders, all of whom have played a critical role in the implementation and success of the festival over the years. Given the current world pandemic, an assessment was done of the status of the current source markets to include Guadeloupe, Martinique, St. Lucia, Antigua, St. Maarten and by extension Europe (France, England) and North America. The analysis encompassed the number of COVID-19 active cases, boarder restrictions and overall ability of individuals to travel. It was concluded that there is much uncertainty as it relates to airline frequency and capacity, and that new protocols for travel and mass gatherings may hinder the experience for patrons significantly.  Consideration was acutely given to the fact that travelers may have less disposable income and that generally, businesses who usually invest in the event may not have funds available for sponsorship due to their own challenges related to the pandemic.

The World Creole Music Festival has increasingly met its annual objectives as a signature event in Dominica by creating awareness for the destination and, along with other signature events held annually, contributing to approximately 10% of annual stay-over arrivals in Dominica. The event records performances of over fifteen acts across the three nights and in many cases showcases up to ten different genres of music. Therefore, this decision was not easy or straightforward. Stakeholders were presented with up to four options regarding the augmentation of WCMF 2020, and the pros and cons of each option were carefully weighed. The ability of the event to fulfil its overall objectives, especially where economic activity is concerned, was given measurable consideration, hence leading to the decision to cancel.

About Dominica: Dominica (pronounced Dom-in-EEK-a, and not to be confused with the Dominican Republic) is a haven for adventure travelers seeking a unique vacation that includes: hiking and adventure, cultural events/festivals, diving and water sports, whale/dolphin watching and canyoning adventures. Dominica lies south of Guadeloupe and north of Martinique in the Eastern Caribbean. Air travelers can connect to Dominica on Air Antilles, Air Sunshine, Caribbean Helicopters, Coastal Air Transport, Hummingbird Air, LIAT, Seaborne Airlines, or WINAIR from the surrounding hubs of Antigua, Barbados, Guadeloupe, Puerto Rico, St. Maarten, and U.S. Virgin Islands.  If travelling by sea, travelers can connect to Dominica on L’Express Des Iles ferry service from Guadeloupe, Martinique, and St. Lucia. 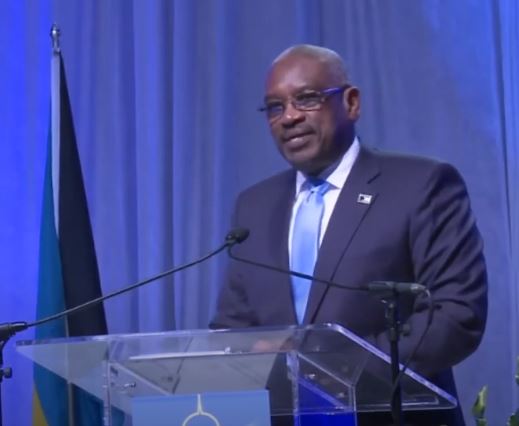 Tourism Minister Dominic Fedee says the government’s priority remains the health of the Saint Lucian public.
This comes on the heels of news that the Bahamas has banned entry to American Tourists as coronavirus cases continue to spike in the United States.
Will Saint Lucia take similar steps?
Let’s find out. 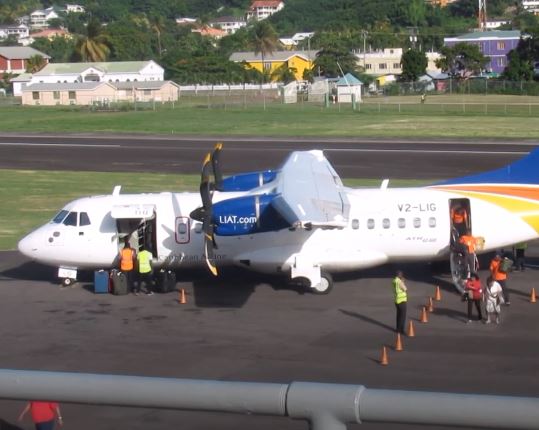 The national workers union representative for LIAT workers here in Saint Lucia, met with staff Monday to discuss their future given the bleak outlook painted by LIAT shareholder governments since the inception of the COVID 19 pandemic led to the loss of key traveller revenue. The blow, has left the already cash strapped airline crippled and workers anxious over what the future may hold for the company.