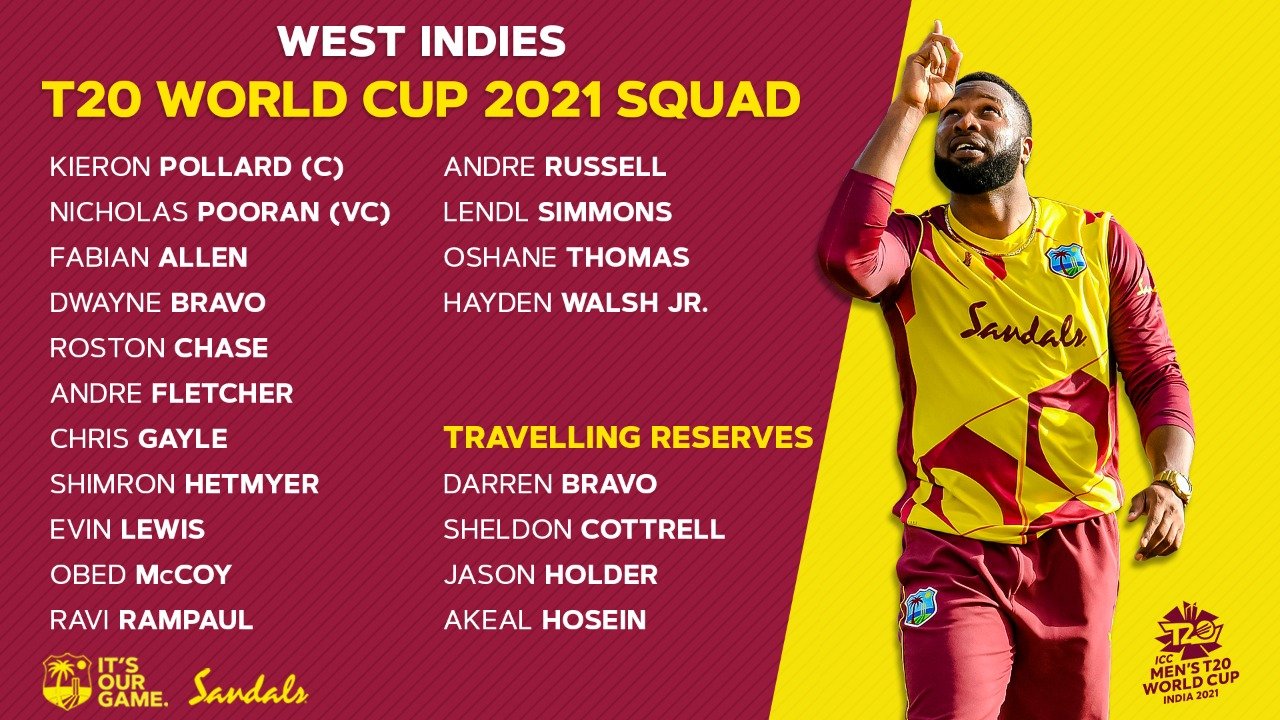 The panel named fifteen (15) players and four (4) travelling reserves for the event which will be played in the United Arab Emirates and Oman from October 17 to November 14.

The squad is led by Kieron Pollard, with former captain Jason Holder in reserve.

West Indies are the defending world champions and only two-time winners of the ICC T20 World Cup, winning in 2012 against Sri Lanka at the Premadasa in Colombo then four years later in 2016 against England in Kolkata.

West Indies have been drawn in Group 1 and will play five group games against England, South Africa and Australia and two other teams to be determined.  West Indies’ first group game will be against England in Dubai on October 23.