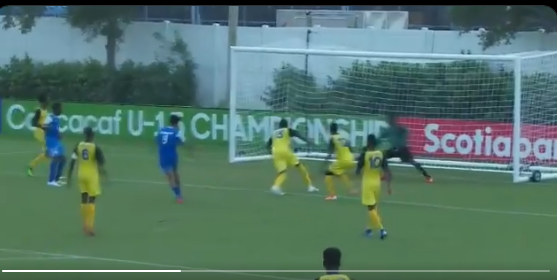 A 19-member team leaves the island on Wednesday 3rd November to participate in the 2021 Concacaf Men’s Under 20 Qualifiers in the Dominican Republic.

Saint Lucia has been placed in Group B, together with French St Martin, Belize, Anguilla, and the host nation, the Dominican Republic.

Team Saint Lucia opens its campaign on Friday against St. Martin at 4.00 pm, followed by Belize on Sunday, Anguilla next Tuesday, and the Dominican Republic on November 13th.

Only the winner of the four groups advances to the next round, but head coach Emmanuel Bellase told MBC Sports that Team Saint Lucia is brimming with confidence, having recently dominated the SLFA Division 2 competition.

Several of the players from that group are included in the current Under 2- team, among them midfielder Shaquan Nelson and striker Kegan Caull, along with Keanu Felicien, Daneo Caroo, Dante Fitz, Stephen Octave, Dahmanii Berthier, and Donell Braville, and Jahlil Evans.

Joaquim Johnson, who played every minute for Saint Lucia in 2019, is absent this time around. The centre-back, who attended St Mary’s College in Saint Lucia, is now at school in the United States.

However, Coach Bellase revealed that the team has been reinforced by the addition of several players, two of whom are coming from the USA in the persons of goalkeeper Neil Auguste, and midfielder Nathaniel Deterville.