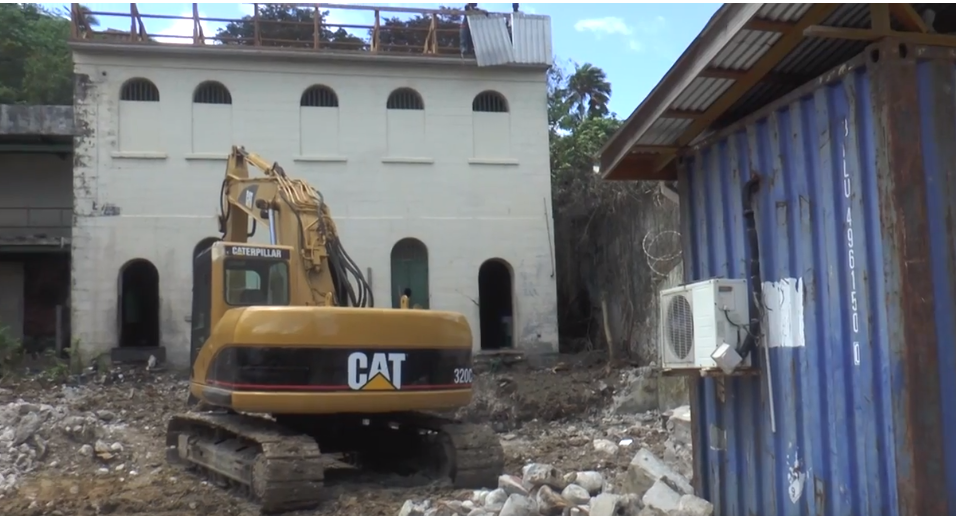 Government is moving straight ahead with the construction of the Police Headquarters and Criminal court. As part of the agreement, the court proceedings initiated by the SLNT has been withdrawn and the injunction previously obtained has also been discharged. Government and the Trust will jointly review plans on changes to be made. This is according to Senator Hermangild Francis. However the search is on for the remains of humans buried under the Royal Goal. Senior News Correspondent Cecile Actille reports.