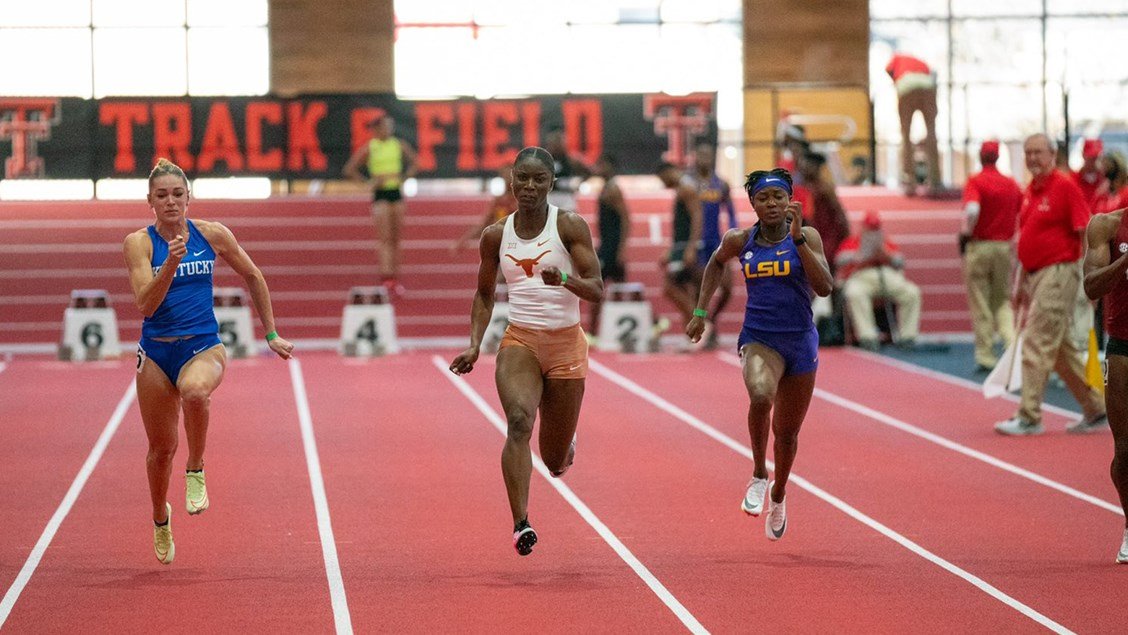 Over in Jamaica, two Saint Lucian high schoolers competed in the JAAA Development Series at Excelsior High. National junior record holder for the 110m hurdles, Khailan Vitalis, is preparing for decathlon competition at Boys and Girls Champs, and possibly the CARIFTA Games, which will be held in Jamaica. He jumped 5.99m in the long jump (23rd) and 1.75m in the high jump (3rd). He also threw 10.28m in the shot put (33rd) and 30.04m in the discus (34th). On the girls’ side, Natalie Albert set a personal best in the women’s discus throw, her 35.96m being the second-best effort ever by a Saint Lucian teen. Vitalis attends Kingston College, whilst Albert is at St. Catherine High.

Back in the USA, there were a number of further personal records. At the Carolina Challenge, several Saint Lucians were on the track for Coppin State – Kimani Alphonse finished 19th in the women’s 60m dash in 7.83 seconds. The reigning MEAC Track Athlete of the Week, she also ran 24.93 for a 14th place finish in the 200m, a week after winning her pet event, the 400m, in another PB. Former Commonwealth Youth Games javelin throw medallist Rochelle Etienne showed her versatility at the Deloss Dodds Invitational in Manhattan, Kansas, placing third in the women’s 60m hurdles in 9.23 seconds, and 12th in the 60m dash in 8.16 seconds. Shania Glasgow, competing for Essex County College at the Villanova Invitational, ran 8.70 to finish 21st in the 60m dash and 28.91 in the 200m dash for 31st on her collegiate debut.

Also at the Carolina Challenge, Kamillah Monroque was the class of the middle and long distance crew, even though everyone ran different distances. Monroque clocked 2:16.97 to finish 11th in the 800m. Her teammate, Udoka Claudina Constantine, ran 5:36.07 for 44th in the mile. Thomyka Valcent, competing for Essex County College at the Villanova Invitational, ran 3:23.74 for 15th in the 1000m.

Four Saint Lucian men contested the 400m on the weekend. At the Carolina Challenge, Armani Modeste ran a personal-best 48.13 seconds for the Ohio State University, placing fourth. He also set a PB in the 200m, coming in at 21.78 to end 12th. At the same meet, for Coppin State, Randy Serville ran an indoor personal-best and conference qualifying time of 48.73 for an 11th place finish, and Jervonne Agard ran 51.25. Agard also ran 22.75 for 42nd in the 200m. Reuben Nichols, running for Lincoln University at the Rumble in The Jungle Invitational, opened his season with a 49.31-second run for 7th. Nichols ran 48.33 in the 2021 season.

A third Saint Lucian at Essex CC, Carl Drakes ran a personal best of 6.86 seconds for 4th in the 60m dash at the Villanova Invitational. Competing at the JD Martin Meet, Tarik Xavier ran 2:00.54 for 6th place in the 800m. At the Hokie Invitational, Eldon Phillips was 4th for Virginia Tech in the 600m, finishing in 1:19.17, a personal-best.

One athlete competed in the United Kingdom, Marvric Pamphile, for Rugby & Northampton AC at the Run Jump Throw meet; he ran 50.06s for a 3rd place finish in his heat of the men’s 400m dash.

Of note, Modeste, Michael Joseph at Kansas, Nichols, Serville, Agard, Phillips, Pamphile, Xavier, and even Drakes all have experience running the mile relay, as do Jayeed Norbal at Coppin State, and Arden Hallpike, who is in high school in Texas. Among the women, the same is true for Alphonse, Monroque, Zadie St Louis at Central Arkansas, Constantine, and Valcent. With Alfred, Alphonse, and Mechaela Hyacinth of Azusa Pacific all setting strong personal-best marks in the 60m this season, we might also be hopeful of seeing a women’s sprint relay representing Saint Lucia internationally, sooner rather than later.