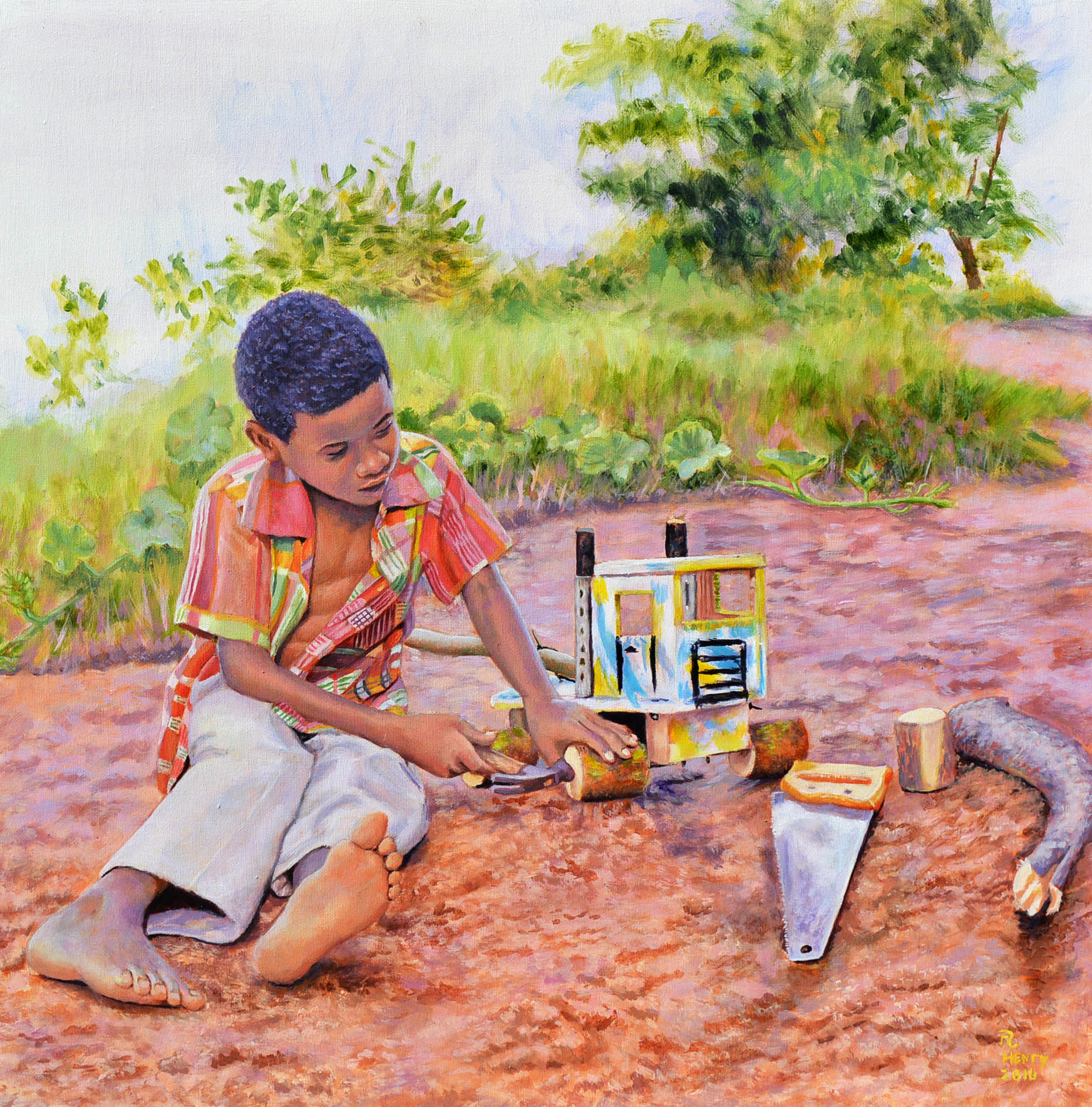 Henry who hails from the community of Choiseul, is a long time visual artist specializing in the painting of realism pieces. He gave an account of his exploits since partnering with Export Saint Lucia (TEPA). “From last year I had my first international show at the Burton Agnes Hall, that’s in Yorkshire England. This year my last two shows were at the High Commission, Saint Lucia’s High Commission in the UK, the first show was an exhibition and the second one was an auction and the great part about it, is that I sold all my pieces.” Henry went on to indicate “in total I submitted ten (10) pieces, and the nine (9) which were on sale got sold, so in the end my mission there was successful.”

Henry also explained his creative process and the amount of work that goes into every piece. “For my artwork I take a lot of time sketching out my paintings and ideas, then take them to the models letting them know how to dress, sometimes I create miniature models so I can create that piece and make sure that I have the lighting correct. I work a story with all what you see, so even though my style of work is realism there’s a lot more meaning and story beyond the skill.”

He says the partnership with Export Saint Lucia (TEPA) has opened doors of opportunity for him and his artwork. The High Commission of Saint Lucia in London is equally responsible for Henry’s success, in providing the outlet, for artists to showcase their talent.

Henry expressed that he knows all too well the various challenges that those involved in the arts on the island are likely to experience, and the agency has streamlined the processes needed for him to realize his aspirations. “We have been working together for the last three years or maybe even more. They also aided me with foreign art exhibitions and contacts, so we have been working hand in hand over the past few years which I am very grateful for. They’re helping out in finding the locations like the Burton Agnes Hall and the High Commission of Saint Lucia which corresponds nicely with the niche my work pertains to, which has a lot to do with the Caribbean setting, because my work has a lot of Saint Lucian culture and Caribbean culture involved in there.” Henry went on to say “Even though I promote my work via social media, it might take a long time to reach the right eyes and the right people with the powers to make such auctions and exhibitions happen. With them they had the contacts already; they just had to plan things out making things much simpler for me.”

Henry says he looks forward to the continued blossoming relationship with Export Saint Lucia (TEPA) as he continues to work on his art studio and expanding his horizons.

ARETHA FRANKLIN HAS DIED AT AGE 76