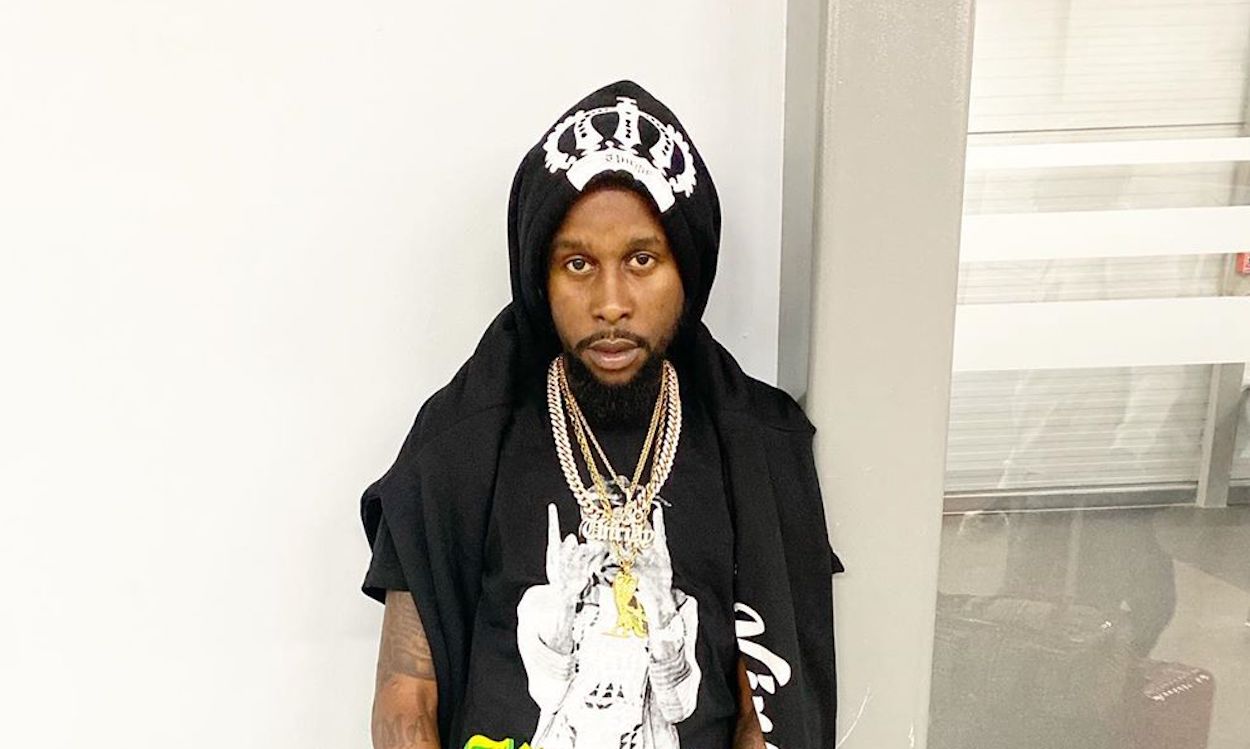 Dancehall superstar Popcaan is currently in Ghana, on his arrival at the airport, the unruly artist kissed the airport ground – captured by many of fans. His post on Instagram was captioned  “In Ghana; it’s been a while,”

Popcaan’s last visit to Ghana was in March 2014 for the post-independence bash at the Accra Sports Stadium. Watch the videos below:

The Unruly Boss Popcaan touched down in the Motherland yesterday and showed his reverence and respect for the people of Ghana by popping a kiss on the airport’s concrete floor, in effect ‘kissing the ground his ancestors might have walked on.’

As Popcaan strode swiftly through the airport, surrounded by bodyguards shortly after exiting immigration, it was obvious he could not stop to greet fans who were excitedly calling out his name. The quick-thinking superstar, it seemed, decided to endear himself to the people of the West African nation by stopping, parting the crowd, adopting the prone position and literally kissing the ground, much to the delight of the pleased Ghanaians who had gathered to catch a view of, and capture images of the St. Thomas native on their phones.

The act of kissing the ground upon arrival in a country has been a tradition that has been made popular by the various Popes of the Roman Catholic Church over the years and is a way of expressing love and respect for a country and its people.

“In Ghana; it’s been a while,” the “Good Times” singer who was last in Ghana in March 2014 for the post-independence bash at the Accra Sports Stadium, noted in the video post which he had re-shared to Instagram.

Popcaan, whose given name is Andrae Sutherland, also posted two videos of a slew of luxury vehicles and motorcycles which were awaiting his arrival, in order to escort him to his destination. However, it was his penitent gesture that had tongues wagging, as some of his followers claimed that his appearance had eclipsed the spotlight from fellow deejay, Alkaline who was also in the country for a performance.

Is making New Year’s Resolutions worth it?