YOUTH TO PROMOTE PEACE, THROUGH ACTION

NEMO building on and strengthening capacity  

Saint Lucia to experience the effects of Tropical Wave 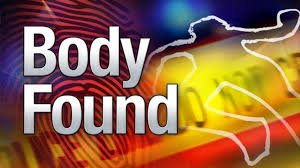 The body of an elderly man was discovered at a house in French Row, Micoud on Tuesday, October 12th.
Police as identified the body as Arthur Alexander, 53, better known as “Roy’.
Police said Alexander was pronounced dead at approximately 2:25 pm and foul play was suspected.
Emergency personnel from the Micoud Fire Station responded to the scene at approximately prior to the arrival of the police.

LOW INCOME, ANTI-VAXXERS ARE OUT OF WORK FOR REFUSING THE JAB DOES THE LABOUR ACT SUPPORT THEIR APPEALS FOR SEVERANCE PAY?