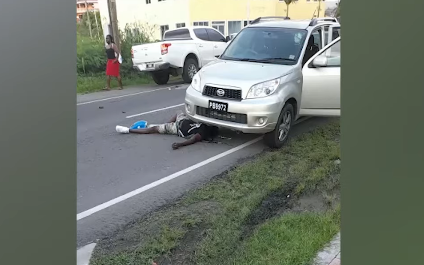 One month after having received serious injuries in a vehicular accident, a motorcyclist has succumbed to his injuries. Rick Joseph sustained serious injuries after the motorcycle which he was riding collided with an SUV near Harbour Club at Rodney Bay, Gros Islet on August 21st,
He died on Saturday September, 26.
Emergency personnel said both the motorcycle rider and his passenger sustained multiple injuries, including a knee fracture and lacerations to the face.
Investigations into that incident are still ongoing by the Royal Saint Lucia Police Force Traffic Department

Four injured after vehicle crashes into community shop in Castries