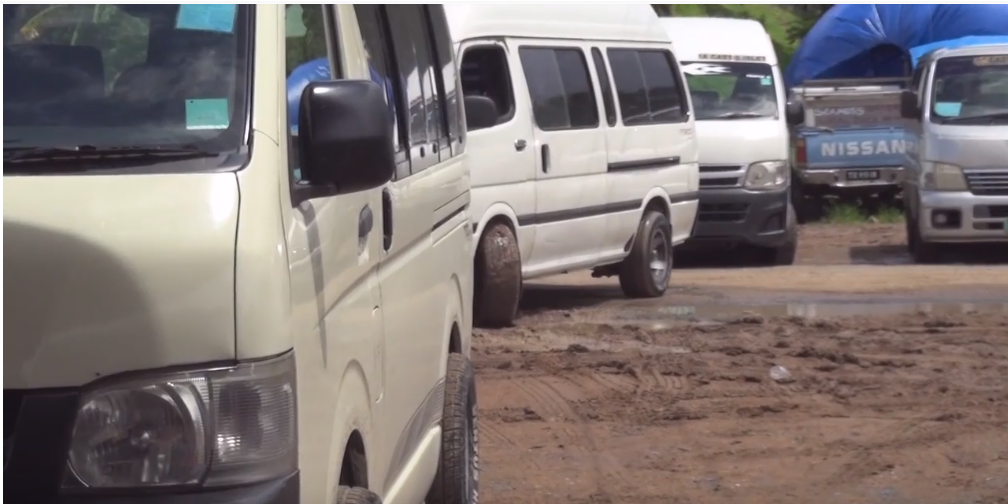 And the adverse working conditions at the Gros Islet bus terminal have resulted in a rift between traffic police and a few bus drivers.
The drivers have for months now been calling on the Department of Transport pave the muddy  Darling Road holding area which has been causing much discomfort for both drivers and commuters.
On Thursday, MBC Prime was called to the area, where traffic tickets were issued to drivers who made alternate parking arrangements across the road.

Much ado about nothing