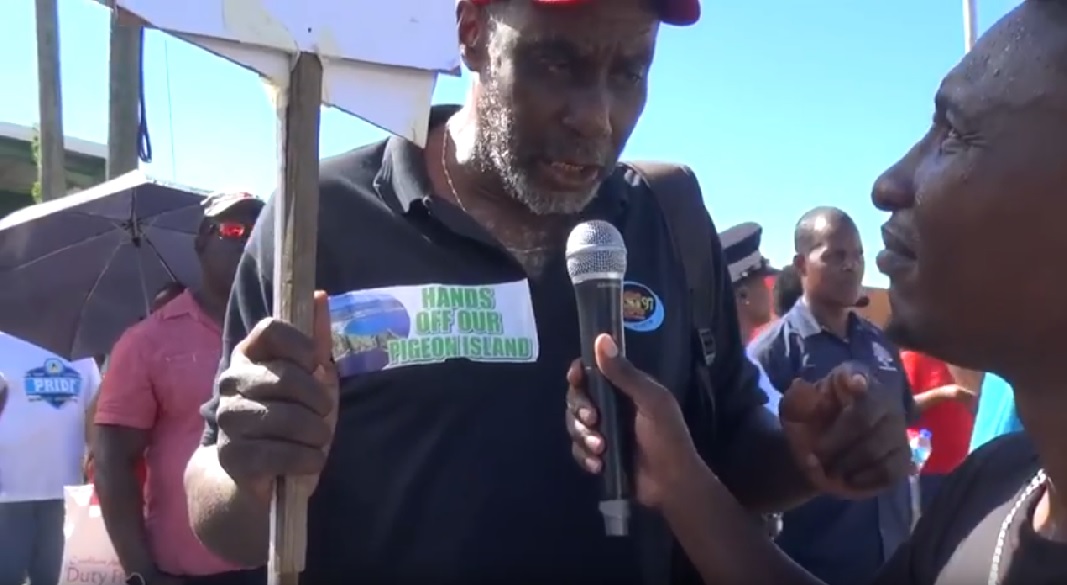 Thousands of Saint Lucians from all walks of life converged on the Sab Playing Field to voice their displeasure with the current Allen Chastanet regime.

The national protest rally organized by the opposition Saint Lucia Labour Party took route from the field culminating with a rally on the lower John Compton Highway which intersects with Jeremie Street.

The event was held on Sunday September 9th to coincide with the anniversary of the devastating St. Jude Hospital Fire of 2009.